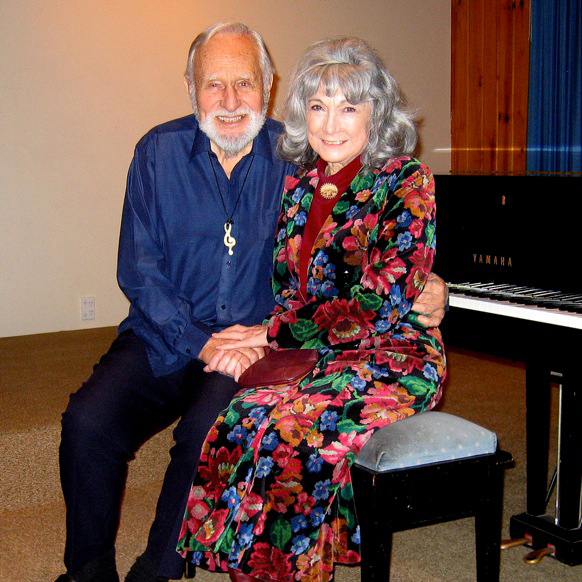 Russell wrote his auto-biography before he passed away at age 95 in New Zealand, on 20 Nov 2011.  Russell was a world renowned composer-arranger-conductor who has written music for over 100 films.  He is known for his innovative music score for the film “Time Machine”.  Garcia is also known in both the TV and recording fields and has composed music for countless TV shows such as, Rawhide, Twilight Zone, Laredo, The Virginian.  He has recorded many CDs  in his own right, as well as with stars such as, Louis Armstrong, Ella Fitzgerald, Vic Damone, Judy Garland, Oscar Peterson, Julie London, to name a few.

Garcia has also written 2 best-selling text books The Professional Arranger-Composer “ Book I and Book II, which have been translated into 6 languages.  He is known also for his symphonic and classical works which have been performed by the New Zealand Symphony, Munich Symphony, the Vienna Symphony, plus countless Radio Symphony Orchestras throughout Europe.  He was often a guest lecturer at many universities around the world on Symphonic Composition Techniques.  Russell and his wife Gina made New Zealand their home in 1971 while continuing to work in the Music and Film Industry.  He was awarded the Queens Service Medal for his service to music in 2009.

Gina Garcia is a singer, lyricist and author who has written many scripts for shows she and husband Russell Garcia have produced around the world. She wrote the Libretto for the musical “The Unquenchable Flame” with Russell composing the music. Her book, “The Adventures of Dawn-Breaker”, chronicles a six year sailboat journey with Russell, cruising the South Pacific aboard their 41’ Trimaran. Together, Gina and Russell have produced CDs such as, “Light Up The World With Love”, “Dawn Of A New Day”, “Sweet Scented Streams”. The Garcia’s also developed a “Life Skills” Course which is an entertaining way to teach virtues to children using songs, raps, stories and games, and is being used in schools in many countries around the world. They have taught their program for some 39 years at schools in New Zealand. In April 2009, Gina was awarded the Queen’s Service medal for her service to music. She is the grandmother of Kristy and Co~Founder, along with Kristy of both “Build A Better World Productions” & “Build A Better World Foundation” 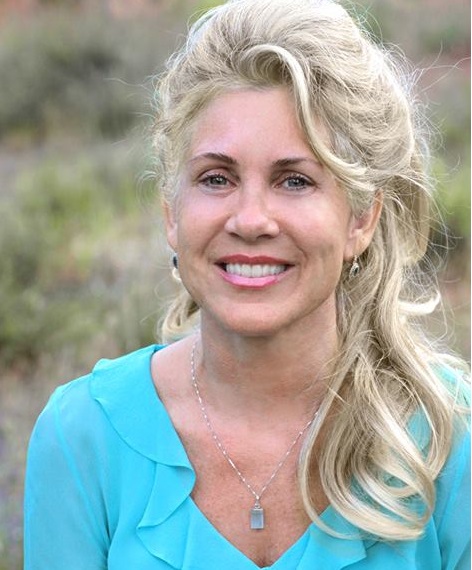 Kristy Corwin holds a Degree from The Fashion Institute of Design & Merchandising and has founded and served as CEO of a Display & Design Company for 18 years, designing stores, kiosks, carts, window displays, trade show exhibits, and retail and home design consultancy. She works with large mall corporations, mall tenants, suppliers and business owners. .  Kristy also has much experience with Producing Events & Event Planning.  She was the manager for an Entertainment Company and has worked with many non~profit organizations and business owners.  Due to her desire to improve her health and to help others, Kristy has been devoted to extensive training and the teaching Brain Education Yoga for over 11 years to both children and adults.
Kristy is the Co~Founder, along with her grandmother Gina Garcia, of “Build A Better World Foundation” and “Build A Better World Productions”.  She currently serves as President and Executive Director of “Build A Better World Foundation” & CEO of “Build A Better World Productions”. Both organizations were founded and created to carry forward the Legacy of Music, the Empowerment of Youth & Humanitarian efforts that her grandparents, Russell & Gina Garcia, dedicated their lives to all over the world for 60 years.

We are now looking to Produce it as a live Musical.